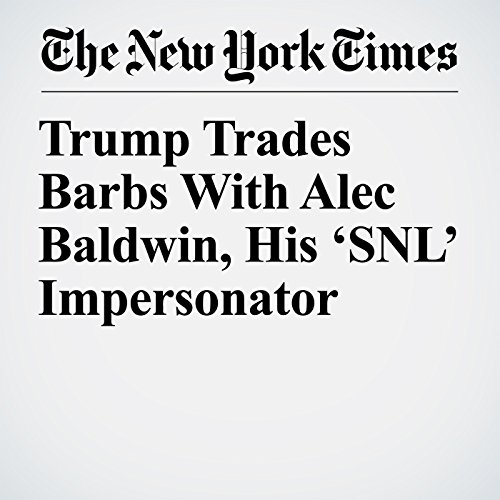 For some time now, President Donald Trump has somehow resisted the impulse to open up his Twitter account and take potshots at “Saturday Night Live,” the NBC late-night comedy series on which he is frequently lampooned. (He has nonetheless found other online nemeses.)

"Trump Trades Barbs With Alec Baldwin, His ‘SNL’ Impersonator" is from the March 02, 2018 Entertainment section of The New York Times. It was written by David Itzkoff and narrated by Mike DelGaudio.