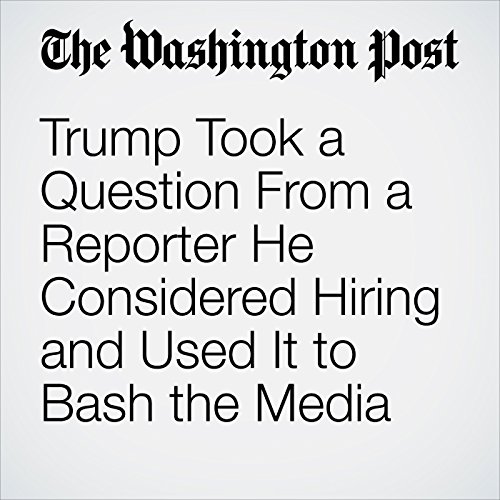 President Trump spoke for about seven minutes during a joint news conference with Polish President Andrzej Duda in Warsaw on Thursday before an interpreter opened the session to questions from journalists. Without hesitation, Trump called on the Daily Mail's David Martosko, who was a candidate to become White House press secretary before withdrawing from consideration two weeks ago.

"Trump Took a Question From a Reporter He Considered Hiring and Used It to Bash the Media" is from the July 06, 2017 National section of The Washington Post. It was written by Callum Borchers and narrated by Sam Scholl.