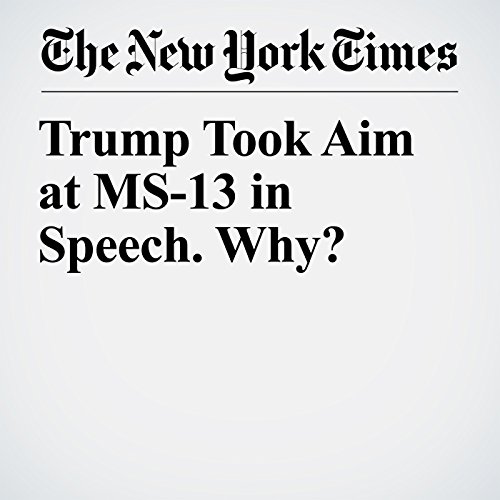 In his State of the Union speech Tuesday night, President Donald Trump said that immigrants in the country illegally “have caused the loss of many innocent lives,” and he paid special attention to the gang known as MS-13. Many of its members, he said, “took advantage of glaring loopholes in our laws to enter the country as unaccompanied alien minors” and then ended up murdering American citizens.

"Trump Took Aim at MS-13 in Speech. Why?" is from the January 31, 2018 U.S. section of The New York Times. It was written by Liz Robbins and narrated by Keith Sellon-Wright.