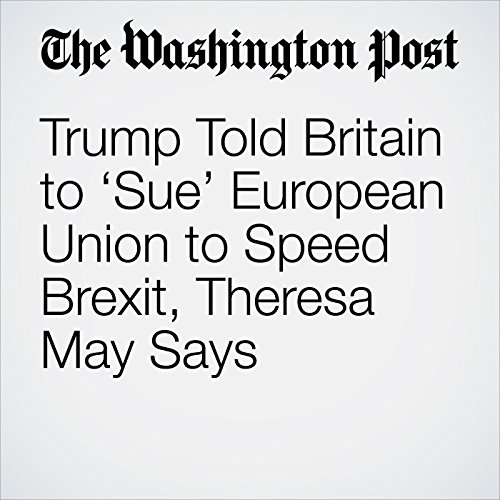 President Trump told British Prime Minister Theresa May that she should “sue” the European Union for a quicker Brexit, May said Sunday.

"Trump Told Britain to ‘Sue’ European Union to Speed Brexit, Theresa May Says" is from the July 15, 2018 Politics section of The Washington Post. It was written by Josh Dawsey and Seung Min Kim and narrated by Sam Scholl.