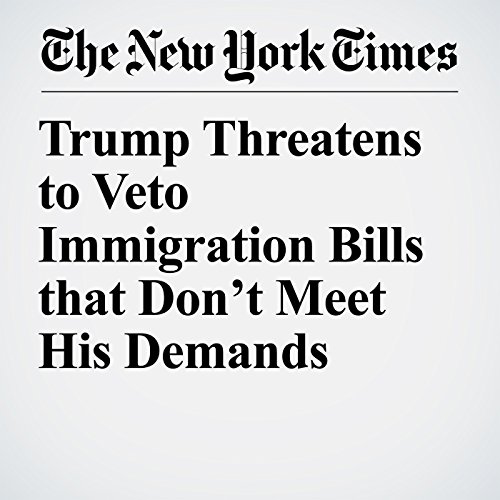 President Donald Trump on Wednesday called on lawmakers to oppose a series of bipartisan efforts to address immigration and resolve the fate of young immigrants brought to the country illegally as children, demanding fealty to his hard-line approach and increasing the odds of political gridlock as the Senate debates the issue.

"Trump Threatens to Veto Immigration Bills that Don’t Meet His Demands" is from the February 14, 2018 U.S. section of The New York Times. It was written by Michael D. Shear and Sheryl Gay Stolberg and narrated by Keith Sellon-Wright.