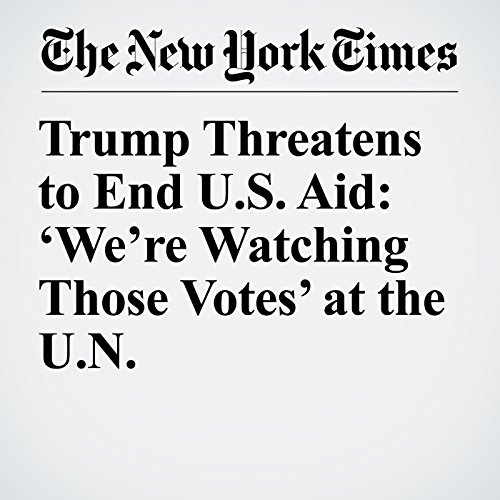 President Donald Trump threatened Wednesday to cut off U.S. aid to any country that votes in favor of a resolution at the United Nations General Assembly denouncing his recent decision to formally recognize Jerusalem as the capital of Israel.

"Trump Threatens to End U.S. Aid: ‘We’re Watching Those Votes’ at the U.N." is from the December 20, 2017 World section of The New York Times. It was written by Mark Landler and narrated by Archie Montgomery.