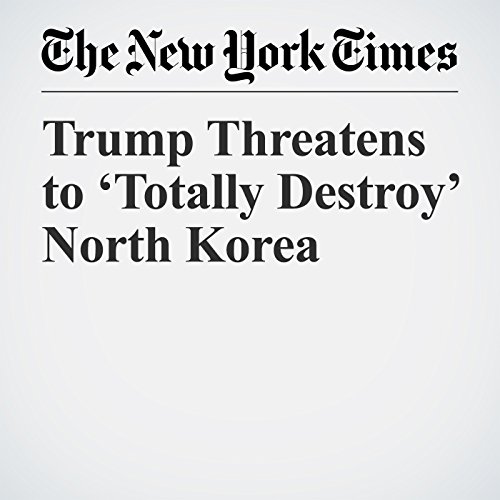 If the United States is “forced to defend itself and its allies, we will have no choice but to totally destroy North Korea,” President Donald Trump told the United Nations General Assembly on Tuesday.

"Trump Threatens to ‘Totally Destroy’ North Korea" is from the September 19, 2017 World section of The New York Times. It was written by Megan Specia and Somini Sengupta and narrated by Kristi Burns.