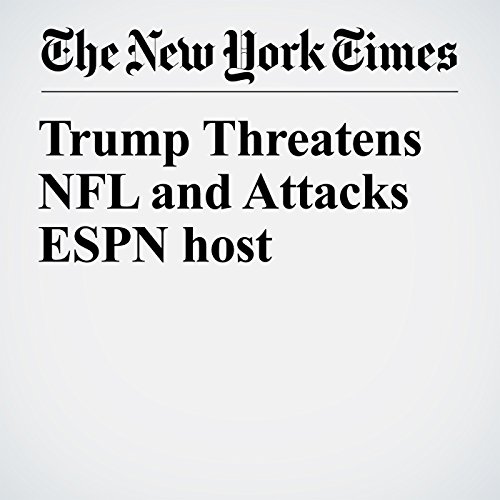 President Donald Trump threatened Tuesday to use federal tax law to penalize the National Football League over players who kneel in protest during the national anthem as he sought to escalate a political fight that has resonated with his conservative base.

"Trump Threatens NFL and Attacks ESPN host" is from the October 10, 2017 U.S. section of The New York Times. It was written by Peter Baker and narrated by Keith Sellon-Wright.