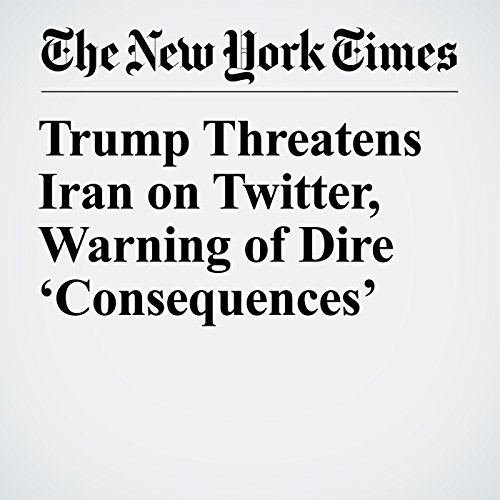 "Trump Threatens Iran on Twitter, Warning of Dire ‘Consequences’" is from the July 23, 2018 World section of The New York Times. It was written by Austin Ramzy and narrated by Kristi Burns.