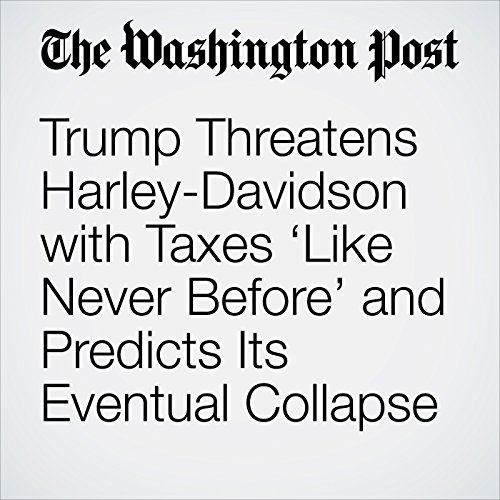 President Trump on Tuesday threatened the iconic motorcycle company Harley-Davidson with severe taxes and predicted a public revolt that he said would eventually put the 115-year-old firm out of business, blasting the Wisconsin company for a plan to move some operations outside the United States as a way to avoid getting caught in the middle of an escalating trade war.

"Trump Threatens Harley-Davidson with Taxes ‘Like Never Before’ and Predicts Its Eventual Collapse" is from the June 26, 2018 Business section of The Washington Post. It was written by Damian Paletta and narrated by Sam Scholl.