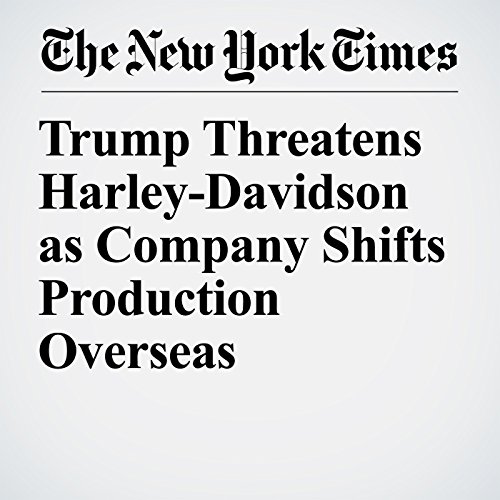 President Donald Trump lashed out at one of his favorite U.S. manufacturers Tuesday, criticizing Harley-Davidson over its plans to move some of its motorcycle production abroad and threatening it with steep punitive taxes.

"Trump Threatens Harley-Davidson as Company Shifts Production Overseas" is from the June 26, 2018 Business section of The New York Times. It was written by Alan Rappeport and narrated by Keith Sellon-Wright.