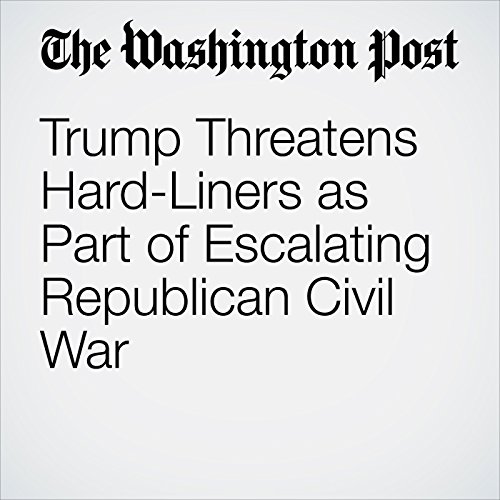 The vow to target members of the Freedom Caucus comes in the wake of the GOP health-care fiasco.

"Trump Threatens Hard-Liners as Part of Escalating Republican Civil War" is from the March 30, 2017 Politics section of The Washington Post. It was written by John Wagner, Mike DeBonis and Robert Costa and narrated by Jenny Hoops.