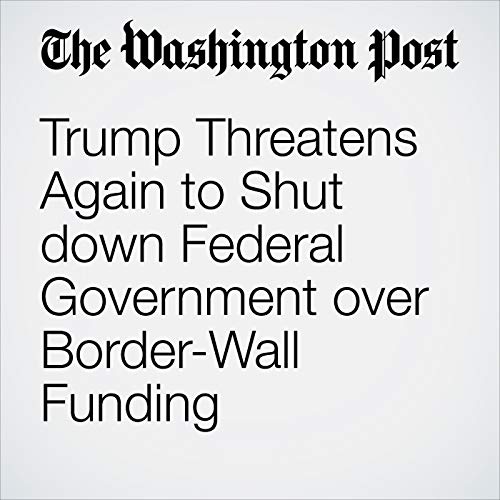 President Trump threatened Sunday to shut down the federal government this fall if Congress does not pass sweeping changes to immigration laws, including appropriating more public money to build his long-promised border wall.

"Trump Threatens Again to Shut down Federal Government over Border-Wall Funding" is from the July 29, 2018 Politics section of The Washington Post. It was written by Philip Rucker, Robert Costa and and Damian Paletta and narrated by Sam Scholl.