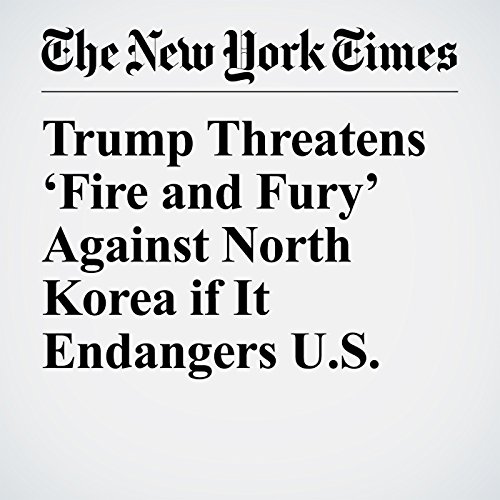 President Donald Trump threatened on Tuesday to unleash “fire and fury” against North Korea if it endangered the United States, as tensions with the isolated and impoverished nuclear-armed state escalated into perhaps the most serious foreign policy challenge yet of his administration.

"Trump Threatens ‘Fire and Fury’ Against North Korea if It Endangers U.S." is from the August 09, 2017 World section of The New York Times. It was written by Peter Harris and Choe Sang Hun and narrated by Kristi Burns.