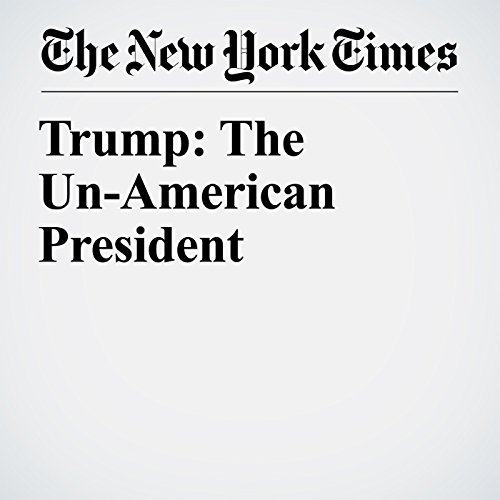 “I said, ‘Wrong, Justin, you do.’ I didn’t even know ... I had no idea. I just said, ‘You’re wrong.'”That, as reported by The Washington Post, was Donald Trump boasting during a private fundraising dinner about lying to Justin Trudeau, prime minister of Canada, our northern neighbor and closest ally.

"Trump: The In-American President" is from the March 18, 2018 Opinion section of The New York Times. It was written by Charles M. Blow and narrated by Keith Sellon-Wright.