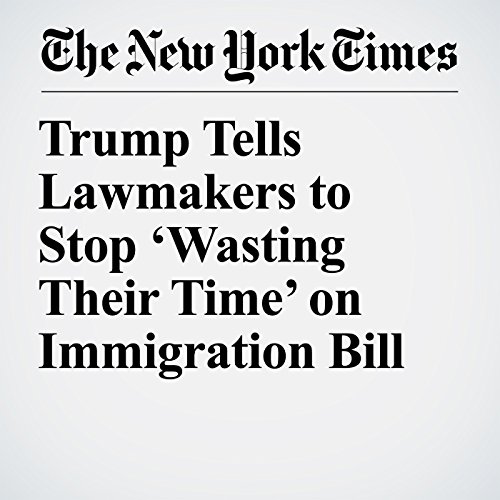 President Donald Trump appeared to give up hope Friday that the Republican-controlled Congress could succeed in passing an immigration bill this year, urging lawmakers in a Twitter post to stop “wasting their time.”

"Trump Tells Lawmakers to Stop ‘Wasting Their Time’ on Immigration Bill" is from the June 22, 2018 U.S. section of The New York Times. It was written by Eileen Sullivan and narrated by Barbara Benjamin-Creel.