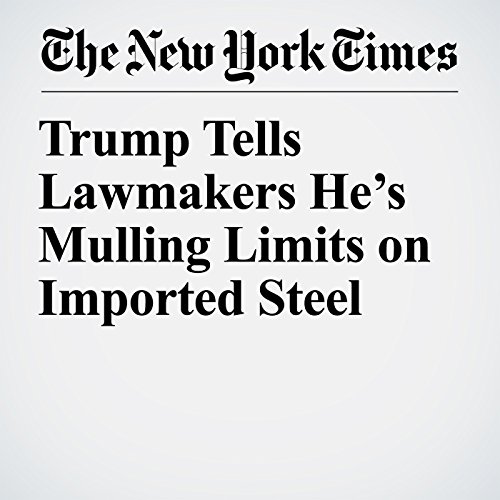 President Donald Trump suggested Tuesday that the United States was likely to impose restrictions on imported metals, reviving the prospects for a continuing investigation whose future has been called into question amid months of pushback and delays.

"Trump Tells Lawmakers He’s Mulling Limits on Imported Steel" is from the February 13, 2018 Business section of The New York Times. It was written by Ana Swanson and narrated by Kristi Burns.