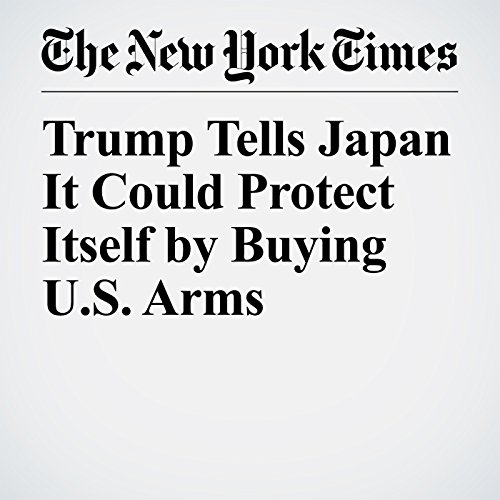 President Donald Trump said on Monday that Japan could protect itself from a nuclear-armed North Korea by buying billions of dollars of American military equipment, drawing an explicit link between trade and security as he began a complex, politically charged tour of Asia.

"Trump Tells Japan It Could Protect Itself by Buying U.S. Arms" is from the November 06, 2017 World section of The New York Times. It was written by Mark Landler and Julie Hirschfeld Davis and narrated by Kristi Burns.