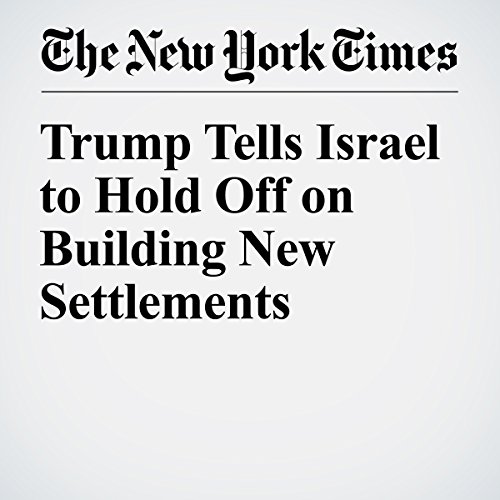 President Donald Trump, who has made support for Israel a cornerstone of his foreign policy, shifted gears on Thursday and for the first time warned the government of Prime Minister Benjamin Netanyahu to hold off new settlement construction.

"Trump Tells Israel to Hold Off on Building New Settlements" is from the February 02, 2017 World section of The New York Times. It was written by Peter Baker and narrated by Kristi Burns.