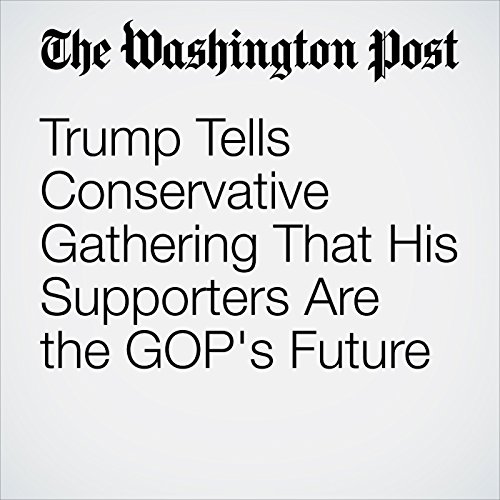 In a freewheeling speech with echoes of his campaign rallies, President Trump told a gathering of conservative activists Friday that the coalition of voters that narrowly put him in office represents the future of the Republican Party.

"Trump Tells Conservative Gathering That His Supporters Are the GOP's Future" is from the February 24, 2017 Politics section of The Washington Post. It was written by  John Wagner and David Nakamura and narrated by Jill Melancon.