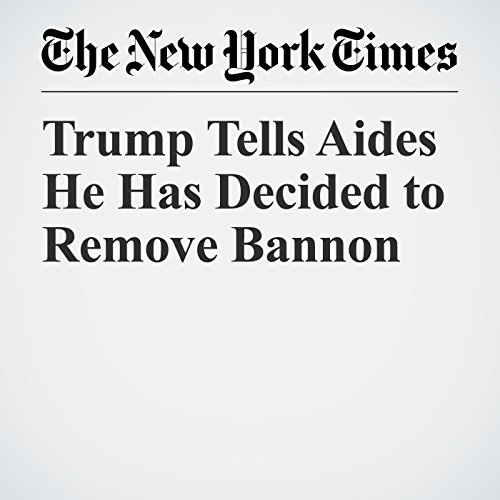 Trump Tells Aides He Has Decided to Remove Bannon

President Donald Trump has told senior aides that he has decided to remove Stephen Bannon, the embattled White House chief strategist who helped Trump win the 2016 election, according to two administration officials briefed on the discussion.

"Trump Tells Aides He Has Decided to Remove Bannon" is from the August 18, 2017 U.S. section of The New York Times. It was written by Maggie Haberman and narrated by Barbara Benjamin-Creel.