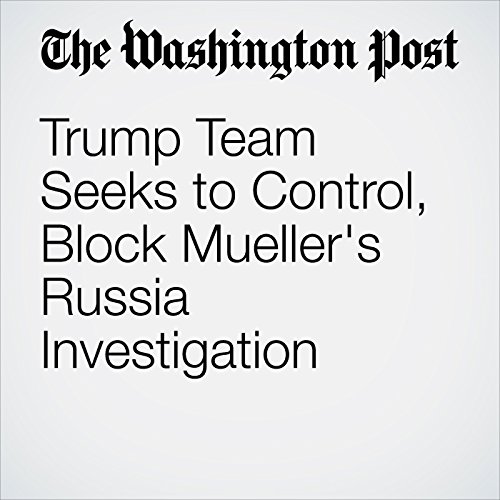 Some of President Trump’s lawyers are exploring ways to limit or undercut special counsel Robert S. Mueller III’s Russia investigation, building a case against what they allege are his conflicts of interest and discussing the president’s authority to grant pardons, according to people familiar with the effort.

"Trump Team Seeks to Control, Block Mueller's Russia Investigation" is from the July 21, 2017 Politics section of The Washington Post. It was written by Carol D. Leonnig, Ashley Parker, Rosalind S. Helderman and Tom Hamburger and narrated by Caroline Miller.