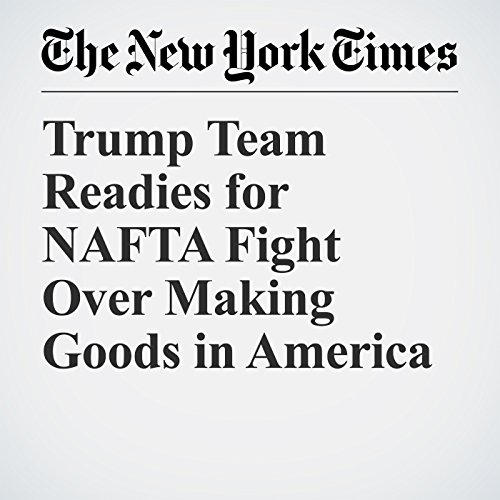 As negotiators from Canada, Mexico and the United States head to Ottawa, Ontario, this weekend for a third round of North American Free Trade Agreement talks, the Trump administration is releasing data it says proves the playing field is tilted against U.S. manufacturers.

"Trump Team Readies for NAFTA Fight Over Making Goods in America" is from the September 22, 2017 Business section of The New York Times. It was written by Ana Swanson and narrated by Mike DelGaudio.