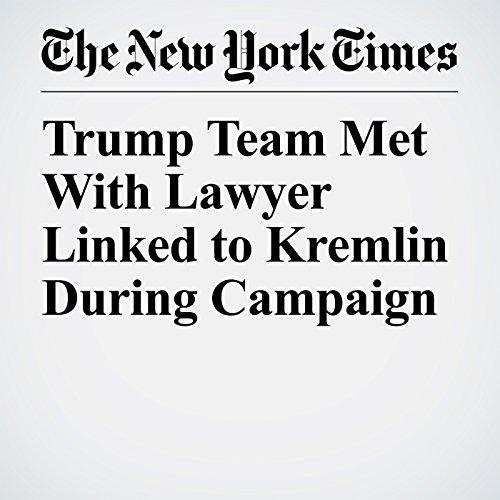 Trump Team Met With Lawyer Linked to Kremlin During Campaign

Two weeks after Donald Trump clinched the Republican presidential nomination last year, his eldest son arranged a meeting at Trump Tower in Manhattan with a Russian lawyer who has connections to the Kremlin, according to confidential government records described to The New York Times.

"Trump Team Met With Lawyer Linked to Kremlin During Campaign" is from the July 09, 2017 U.S. section of The New York Times. It was written by Jo Becker, Matt Apuzzo and Adam Goldman and narrated by Kristi Burns.