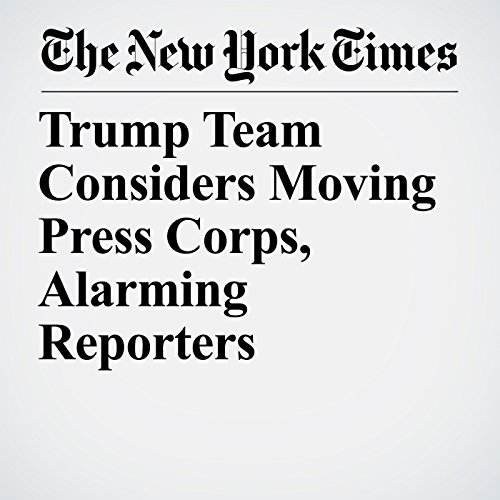 In the 1890s, journalists covering the president were forced to stand vigil outside the White House fence, querying visitors for scraps of information and appealing for audiences with presidential aides.

Today’s reporters are concerned that President-elect Donald Trump could send them back into the past.

""Trump Team Considers Moving Press Corps, Alarming Reporters"" is from the January 15, 2017 U.S. section of The New York Times. It was written by Michael M. Grynbaum and narrated by Caroline Miller.