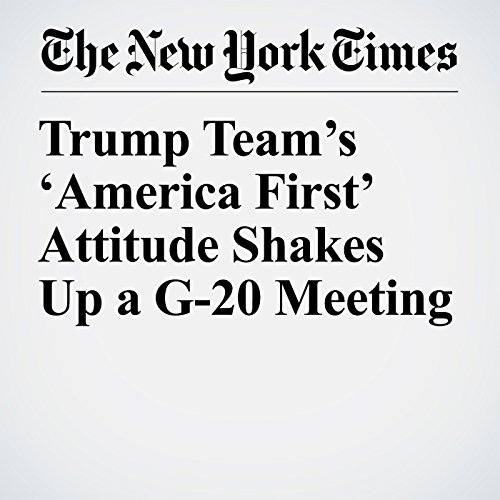 The United States broke with other large industrial nations over trade Saturday as the Trump administration rejected concerns among allies about spreading protectionism and made clear that it would seek new approaches to managing global commerce.

"Trump Team’s ‘America First’ Attitude Shakes Up a G-20 Meeting" is from the March 18, 2017 World section of The New York Times. It was written by Jack Ewing and narrated by Fleet Cooper.