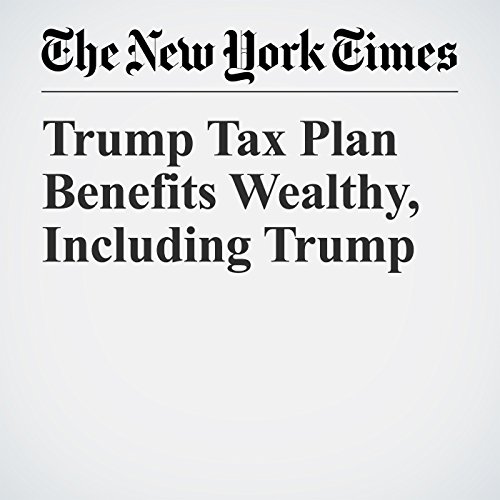 The tax plan that the Trump administration outlined on Wednesday is a potentially huge windfall for the wealthiest Americans. It would not directly benefit the bottom third of the population. As for the middle class, the benefits appear to be modest.

"Trump Tax Plan Benefits Wealthy, Including Trump" is from the September 27, 2017 U.S. section of The New York Times. It was written by Binyamin Appelbaum and narrated by Keith Sellon-Wright.