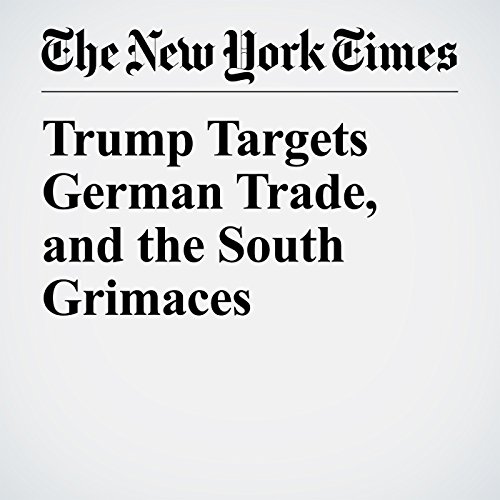 President Donald Trump, on his recent trip to Europe, reportedly declared the Germans “bad, very bad” on trade; Greer’s City Hall sits mere miles from a BMW automobile plant that employs about 8,800 people. And so after Danner read the news here, he quickly organized a call with Chamber of Commerce officials, who on Tuesday brainstormed ways to reassure BMW executives that they in fact considered them to be good. Very good.

"Trump Targets German Trade, and the South Grimaces" is from the June 01, 2017 U.S. section of The New York Times. It was written by Alan Blinder and Richard Fausset and narrated by Kristi Burns.