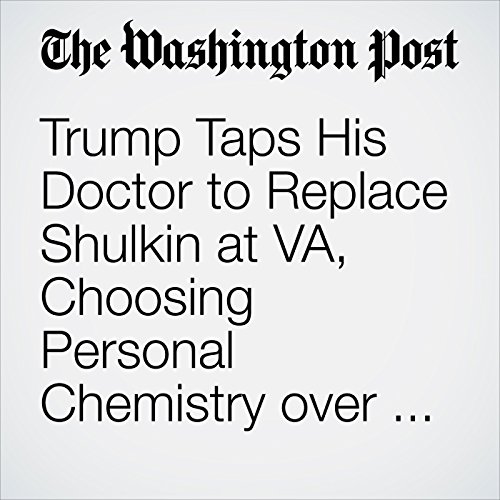 President Trump fired his embattled Veterans Affairs secretary Wednesday and tapped as his replacement atop the chronically mismanaged agency the president’s personal physician, who gained prominence with his effusive praise of the 71-year-old’s physical and mental health.

"Trump Taps His Doctor to Replace Shulkin at VA, Choosing Personal Chemistry over Traditional Qualifications" is from the March 29, 2018 National section of The Washington Post. It was written by Lisa Rein, Philip Rucker, Emily Wax-Thibodeaux and Josh Dawsey and narrated by Sam Scholl.