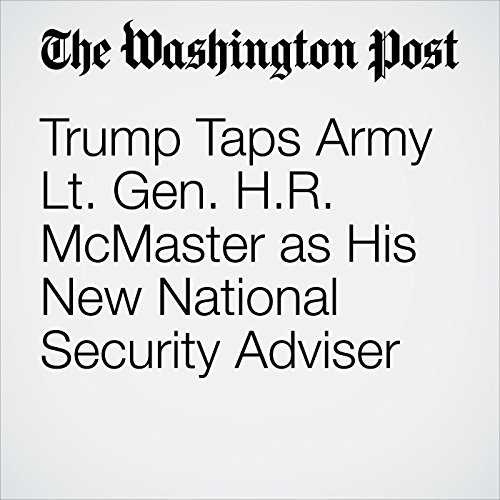 "Trump Taps Army Lt. Gen. H.R. McMaster as His New National Security Adviser" is from the February 20, 2017 Politics section of The Washington Post. It was written by John Wagner and narrated by Sam Scholl.