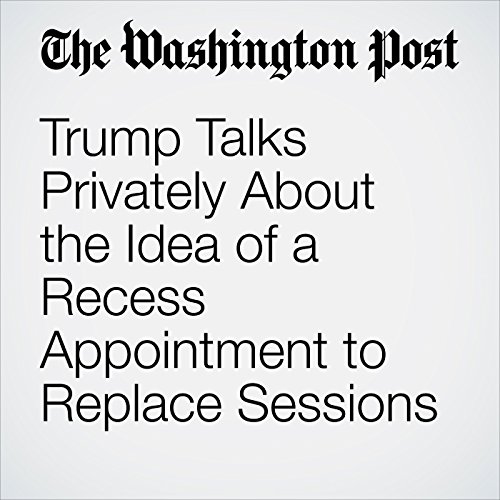 President Trump has discussed with confidants and advisers in recent days the possibility of installing a new attorney general through a recess appointment if Jeff Sessions leaves the job, but he has been warned not to move to push him out because of the political and legal ramifications, according to people briefed on the conversations.

"Trump Talks Privately About the Idea of a Recess Appointment to Replace Sessions" is from the July 26, 2017 Politics section of The Washington Post. It was written by Carol D. Leonnig, Ashley Parker and Philip Rucker and narrated by Sam Scholl.