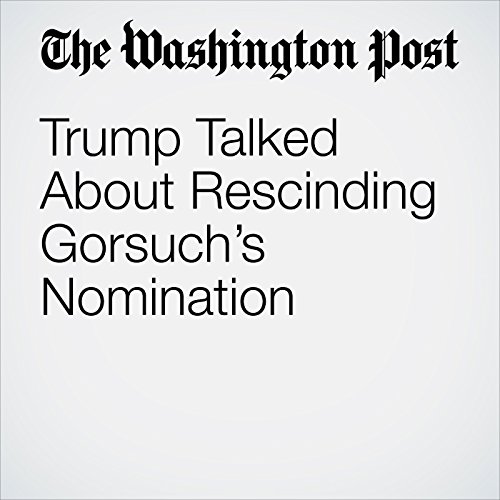 For nearly eight months, President Trump has boasted that appointing Neil M. Gorsuch to the Supreme Court ranks high among his signature achievements. But earlier this year, Trump talked about rescinding Gorsuch’s nomination, venting angrily to advisers after his Supreme Court pick was critical of the president’s escalating attacks on the federal judiciary in private meetings with legislators.

"Trump Talked About Rescinding Gorsuch’s Nomination" is from the December 19, 2017 Politics section of The Washington Post. It was written by Ashley Parker, Josh Dawsey and Robert Barnes and narrated by Sam Scholl.