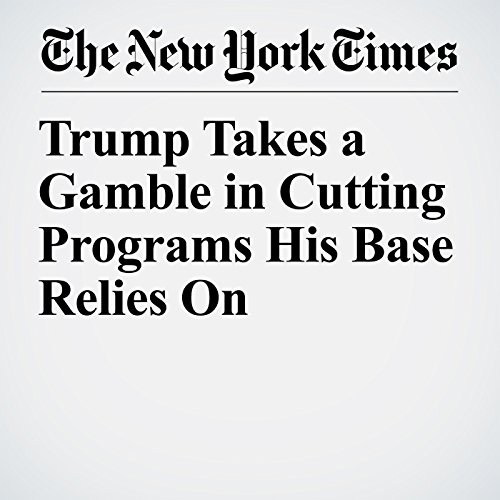 “While we have a responsibility to reduce our federal deficit, I am disappointed that many of the reductions and eliminations proposed in the president’s skinny budget are draconian, careless and counterproductive,” said Rep. Harold Rogers, R-Ky., a former chairman of the House Appropriations Committee. “We will certainly review this budget proposal, but Congress ultimately has the power of the purse.”

"Trump Takes a Gamble in Cutting Programs His Base Relies On" is from the March 16, 2017 U.S. section of The New York Times. It was written by Michael D. Shear and narrated by Caroline Miller.