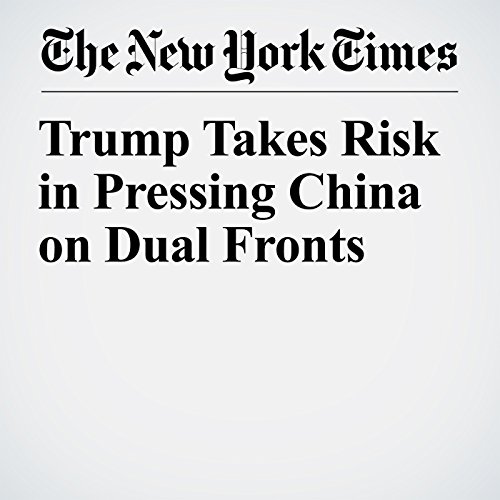 In a diplomatic gamble, President Donald Trump is seeking to enlist China as a peacemaker in the bristling nuclear-edged dispute with North Korea at the very moment he plans to ratchet up conflict with Beijing over trade issues that have animated his political rise.

"Trump Takes Risk in Pressing China on Dual Fronts" is from the August 12, 2017 International section of The New York Times. It was written by Jane Perlez and Peter Baker and narrated by Keith Sellon-Wright.