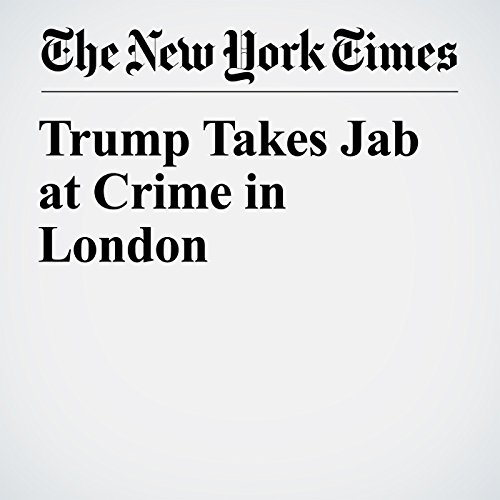 LONDON — If anyone had any hope President Donald Trump would adopt a more conciliatory tone toward Britain before his visit in July, it was dashed Friday when he appeared before a National Rifle Association conference in Dallas and took a jab at London’s crime rate.

"Trump Takes Jab at Crime in London" is from the May 05, 2018 World section of The New York Times. It was written by Yonette Joseph and narrated by Kristi Burns.