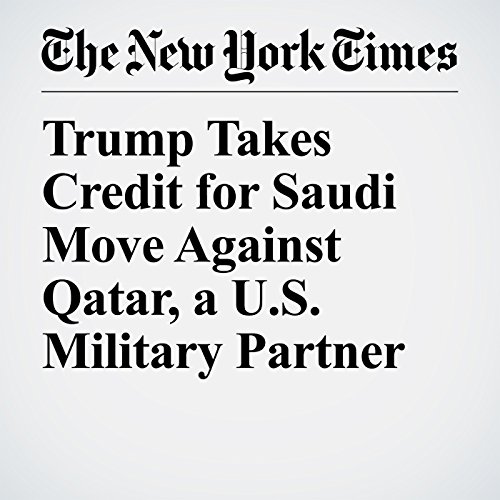 "Trump Takes Credit for Saudi Move Against Qatar, a U.S. Military Partner" is from the June 06, 2017 World section of The New York Times. It was written by Mark Landler and narrated by Keith Sellon-Wright.