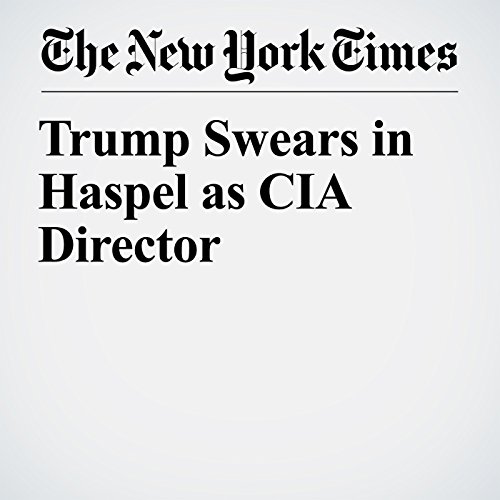 President Donald Trump hailed Gina Haspel on Monday as he swore her in to lead the Central Intelligence Agency, honoring the “most elite intelligence professionals on the planet” even as he accuses the CIA of having orchestrated a conspiracy against him during the 2016 presidential campaign.

"Trump Swears in Haspel as CIA Director" is from the May 21, 2018 U.S. section of The New York Times. It was written by Michael D. Shear and narrated by Keith Sellon-Wright.