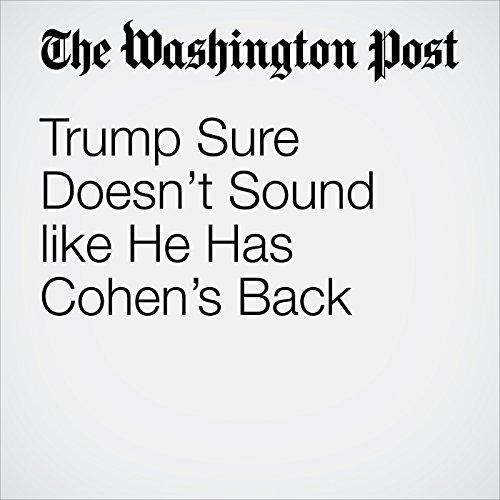 Michael Cohen reportedly said he’d rather jump out of a building than turn on President Trump. I wonder what he’s thinking as the floors whiz by.

"Trump Sure Doesn’t Sound like He Has Cohen’s Back" is from the April 26, 2018 Opinion section of The Washington Post. It was written by Eugene Robinson and narrated by Jenny Hoops.