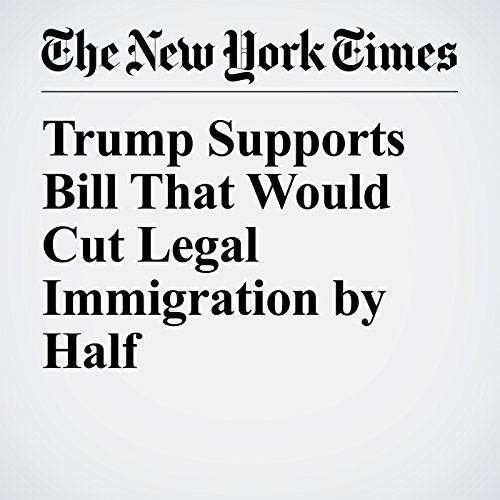 President Donald Trump embraced a proposal Wednesday to slash legal immigration to the United States in half within a decade by sharply curtailing the ability of U.S. citizens and legal residents to bring family members into the country.

"Trump Supports Bill That Would Cut Legal Immigration by Half" is from the August 03, 2017 U.S. section of The New York Times. It was written by Peter Baker and narrated by Keith Sellon-Wright.