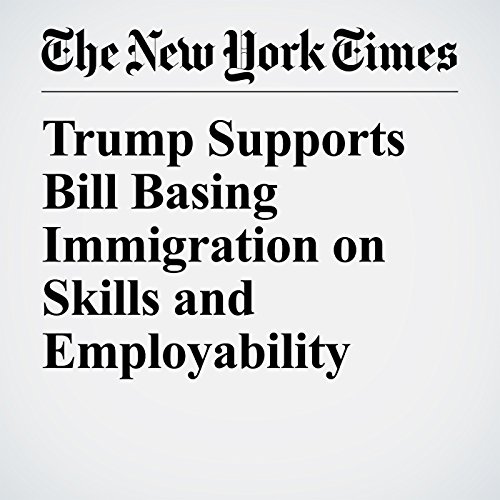 President Donald Trump embraced legislation on Wednesday that would overhaul decades of immigration policy by replacing a system that favors family ties in deciding who can legally move to the United States with one based on skills and employability.

"Trump Supports Bill Basing Immigration on Skills and Employability" is from the August 02, 2017 U.S. section of The New York Times. It was written by Peter Baker and narrated by Keith Sellon-Wright.