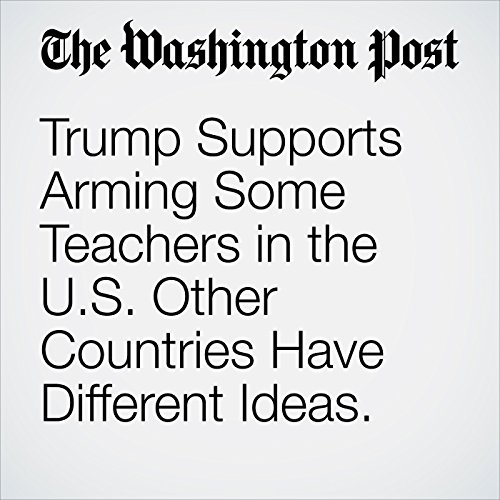 At first, the hour-long meeting between President Trump and students who survived last week’s Florida school shooting appeared to be an open discussion about ways to stop the killing. In Europe, it reminded some stakeholders of how they began to brainstorm ideas after a devastating string of school shootings between 2002 and 2009.

"Trump Supports Arming Some Teachers in the U.S. Other Countries Have Different Ideas." is from the February 22, 2018 World section of The Washington Post. It was written by Rick Noack and narrated by Sam Scholl.