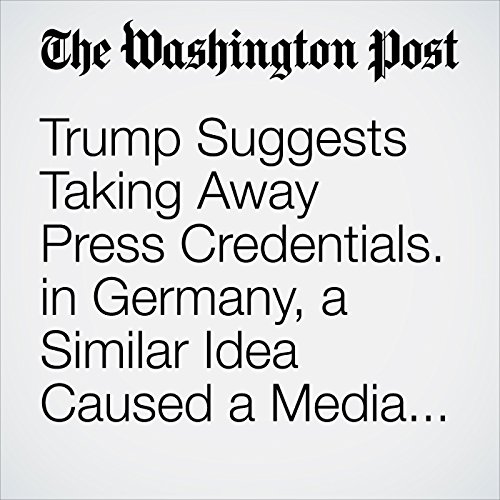 BERLIN — Germany’s far right and President Trump have long voiced similar complaints about their respective treatment by the media: too biased, too liberal. Now, both have suggested or attempted to implement a similar response — exclusion.

"Trump Suggests Taking Away Press Credentials. in Germany, a Similar Idea Caused a Media Boycott." is from the May 10, 2018 World section of The Washington Post. It was written by Rick Noack and narrated by Sam Scholl.