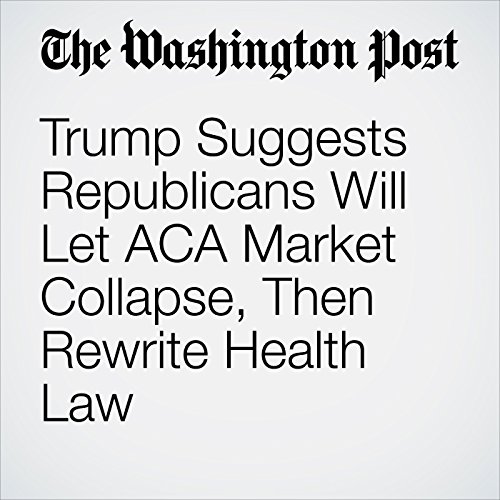 As divisions between the two main ideological camps within the GOP widened Tuesday, Republicans were scrambling to contain the political fallout from the collapse of a months-long effort to rewrite Barack Obama’s signature domestic accomplishment.

"Trump Suggests Republicans Will Let ACA Market Collapse, Then Rewrite Health Law" is from the July 18, 2017 PowerPost section of The Washington Post. It was written by Sean Sullivan and Juliet Eilperin and narrated by Sam Scholl.