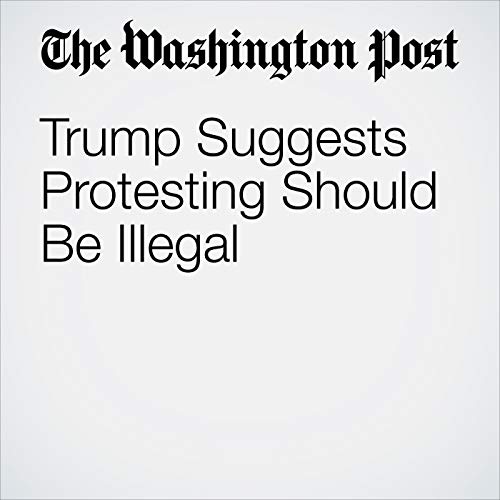 President Trump has long derided the mainstream media as the “enemy of the people” and lashed out at NFL players for kneeling during the national anthem. On Tuesday, he took his attacks on free speech one step further, suggesting in an interview with a conservative news site that the act of protesting should be illegal.

"Trump Suggests Protesting Should Be Illegal" is from the September 04, 2018 Politics section of The Washington Post. It was written by Felicia Sonmez and narrated by Sam Scholl.