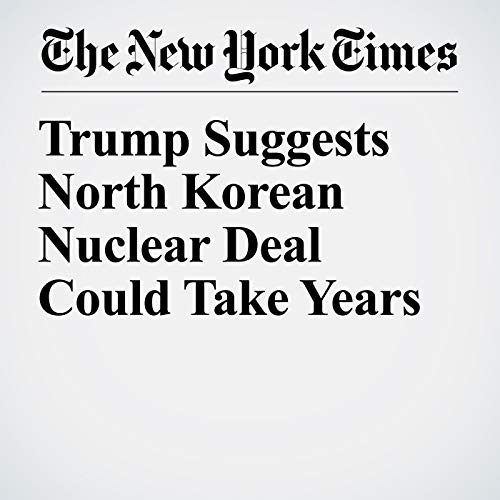 President Donald Trump said Wednesday that he had years to reach an agreement with North Korea to rid the country of nuclear weapons, reversing the position he took a year ago that Pyongyang had to disarm rapidly.

"Trump Suggests North Korean Nuclear Deal Could Take Years" is from the September 27, 2018 World section of The New York Times. It was written by David E. Sanger and narrated by Kristi Burns.