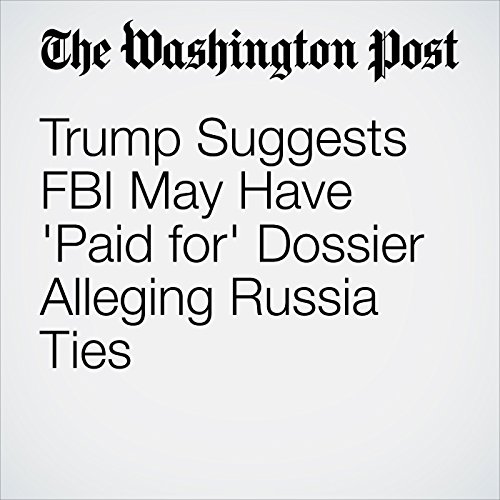 President Trump suggested Thursday that the FBI may have had a hand in creating an intelligence dossier that alleged ties between Russia and Trump’s presidential campaign.

"Trump Suggests FBI May Have 'Paid for' Dossier Alleging Russia Ties" is from the October 19, 2017 Politics section of The Washington Post. It was written by Anne Gearan and Devlin Barrett and narrated by Sam Scholl.