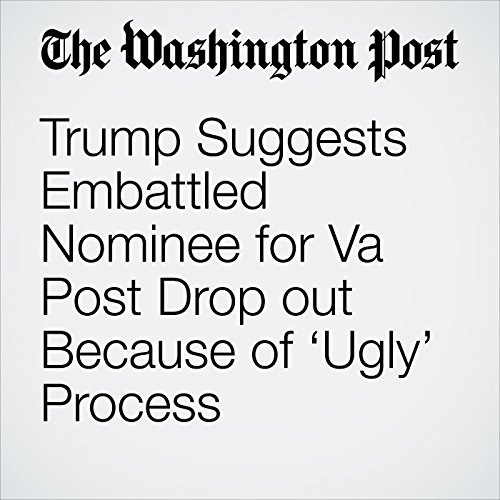 President Trump said Tuesday that he is standing behind Ronny L. Jackson to lead the Department of Veterans Affairs but suggested the his embattled nominee should drop out because of what Trump characterized as “ugly allegations” that have surfaced.

"Trump Suggests Embattled Nominee for Va Post Drop out Because of ‘Ugly’ Process" is from the April 24, 2018 Politics section of The Washington Post. It was written by Seung Min Kim and John Wagner and narrated by Sam Scholl.