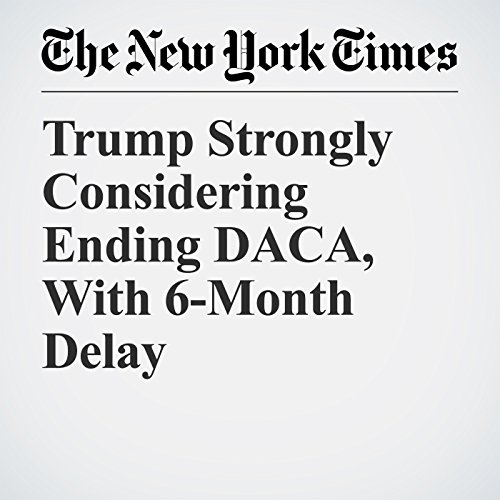 President Donald Trump is strongly considering a plan that would end the Obama-era program that shields young unauthorized immigrants from deportation, but only after giving Congress six months to come up with a potential replacement for the popular initiative, according to three administration officials briefed on the discussions.

"Trump Strongly Considering Ending DACA, With 6-Month Delay" is from the September 04, 2017 U.S. section of The New York Times. It was written by Maggie Haberman and Glenn Thrush and narrated by Kristi Burns.