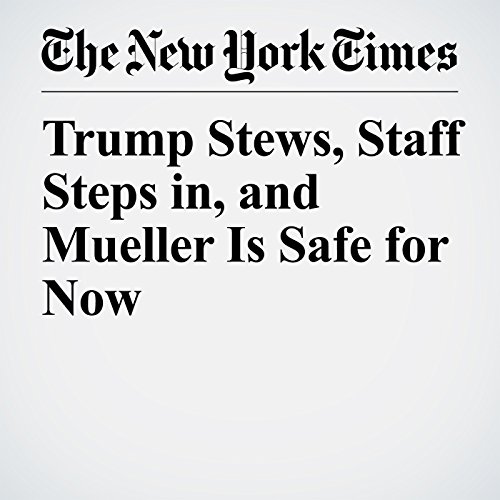 Trump Stews, Staff Steps in, and Mueller Is Safe for Now

Last month’s appointment of Robert S. Mueller III as a special counsel to investigate possible collusion between the Trump campaign and Russia enraged President Donald Trump. Yet, at least initially, he holstered his Twitter finger and publicly said nothing.

"Trump Stews, Staff Steps in, and Mueller Is Safe for Now" is from the June 13, 2017 U.S. section of The New York Times. It was written by Glenn Thrush, Maggie Haberman and Julie Hirschfeld Davis and narrated by Keith Sellon-Wright.