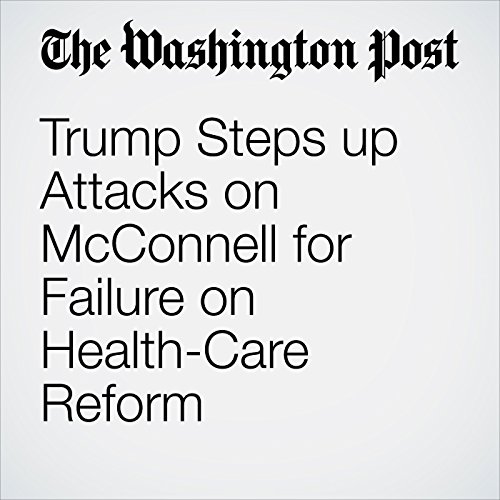 President Trump stepped up his criticism of Senate Majority Leader Mitch McConnell on Thursday for not muscling through a health-care bill, escalating an extraordinary fight with a key leader of his own party.

"Trump Steps up Attacks on McConnell for Failure on Health-Care Reform" is from the August 10, 2017 Politics section of The Washington Post. It was written by John Wagner, Ed O'Keefe and Paul Kane and narrated by Sam Scholl.